Rose of Sharon (Hibiscus syriacus), also known as Shrub Althea, brings Mediterranean flair to your garden. We explain how to plant and care for this hardy shrub.

Rose of Sharon (Hibiscus syriacus), also known as Shrub Althea, is a member of the mallow family (Malvaceae). The small shrub originates from Southeast Asia and is most commonly found in the temperate and subtropical regions of Southeast Asia, including China and India. There, Hibiscus syriacus is commonly known as Rose Althea or Syrian mallow. It mainly grows on the edge of streams and rivers, as well as in humid forests. But rose of Sharon is also comfortable in drier, rocky locations. Rose of Sharon was chosen as the national flower of South Korea and its bloom is immortalized on the one-won coin.

As a garden plant, Hibiscus syriacus is available in many varieties with different flower colors. The wild species is not usually available.

Rose of Sharon is a hardy, upright, deciduous small shrub that can grow to a height of ten feet and a width of around seven feet. When free standing, the width usually increases significantly as the plant ages – its crown is somewhat spherical and is generally as broad as it is tall.

‘Red Heart’ is a reliable, slow-growing variety with abundant blooms. It remains quite compact at a height of 5.5 feet

Depending on the variety, the dark green leaves are ovate, rhombic to three-lobed and have a notched edge.

From July until well into fall, Rose of Sharon produces beautiful wide funnel-shaped flowers from the leaf axils of the new shoots. Depending on the variety, the color palette ranges from blue and white to pink and red. There are also double-flowered and multicolored varieties, most of them have a reddish blotch in the center of the flower and a long pistil, which more or less sticks out beyond the flower.

After flowering, Rose of Sharon develops five-valved brown capsules. Most varieties seed themselves in the garden.

Hibiscus Syriacus prefers well-drained clay soil that is rich in nutrients and humus, and not too dry. The substrate should be slightly acidic to alkaline. Poor, acidic sandy soils often result in weak flower formation and the shrub ages faster.

The best time to plant Rose of Sharon is in spring. This gives the plant plenty of time to grow well until winter. The planting hole should be about twice as big as the root ball. To get rose of Sharon off to a good start, you can mix some of the soil with composted manure. This is particularly useful for very sandy soils that are lacking in humus. The shrub should be watered well after planting. Before planting, carefully consider where in the garden to put Hibiscus Syriacus, because it can be very difficult to relocate the plant at a later stage. It should not be planted too deep in the ground. So make sure that the top of the root ball is roughly at ground level. If you want to plant a Hibiscus hedge, you should leave a distance of around 20 inches between the individual plants.

During the growth phase, Rose of Sharon needs plenty of water and ideally a dose of garden compost or organic garden fertilizer at the start of the spring season. If the plant is suffering from a nutrient deficiency, it will grow slowly and produce fewer flowers. Rose of Sharon quickly drops its flowers when it is too dry. You should therefore not leave it too long to water the plant during dry summers, especially in sandy soils.

Like most summer bloomers, Hibiscus forms its flowers on the new shoots. Therefore, the annual shoots can be pruned vigorously every spring. You can also thin out very dense crowns. Without occasional pruning, the flowers will diminish over time and the shrub will age. But for all kinds of pruning, make sure not to impair the natural crown shape too much.

Young Rose of Sharon will often have cracks on its bark in the first winter after planting. These are caused by the differences in temperature when one side of the shoots are heated by the winter sun. You can easily prevent this by using fleece to provide some shade. Pink flowered varieties are particularly vulnerable, while blue flowered Rose of Sharon varieties, such as ‘Blue Bird’, have proven most frost-resistant.

As an ornamental shrub, Rose of Sharon makes for a good specimen plant in small gardens. However, it can also be planted as a small group of shrubs. It looks particularly beautiful as a flowering hedge made up of different Hibiscus varieties. Insects also enjoy the nectar-rich flowers.

‘Pink Giant’ (right) bears numerous large flowers and enjoys medium growth. As a young plant it is somewhat more sensitive to frost than most other varieties. A bright future is predicted for the new ‘China Chiffon’ variety with its semi-double blooms

There are now many new varieties of Hibiscus syriacus. The semi-double varieties in the Chiffon series, such as ‘China Chiffon’, ‘Blue Chiffon’, or ‘White Chiffon’, and ‘Purple Ruffles’ seem to be faster growing and more rainproof than similar older varieties like ‘Ardens’, ‘Jeanne d'Arc’, ‘Lady Stanley’ and ‘Souvenir de Charles Breton’.

At nurseries, Hibiscus syriacus is usually propagated from cuttings. Softwood cuttings are usually taken in summer and then overwintered in a greenhouse after taking root. However, it is not easy to propagate from cuttings in the garden – you generally need a greenhouse with planting beds and underfloor heating, and ideally a misting system too.

It is easier to propagate from seed, however the offspring are not true to type. Harvest the seeds in fall just before they are fully mature and sow them directly into the planting bed outdoors. You can also store the seeds in a dry place over winter and sow them in spring. If so, soak the seeds in water for around 24 hours. Then sow the seeds into sowing substrate in a seed tray, lightly press into the soil using a board and sift a little sand over them. The seeds start to germinate after 4 to 10 days and can be pricked out into pots a few weeks later. After around three years, the young Rose of Sharon can be planted in the garden.

Those who improve the seedlings in late winter by copulation can also propagate the different garden varieties themselves with a little practice. Three-year-old potted plants can be used for the rootstock, they should have a pencil-like thickness just above the root crown.

The hardy shrub is actually fairly robust when it comes to diseases and pests. However, it tends to be affected by aphids and occasionally powdery mildew. 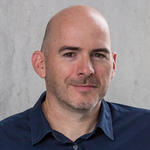 How to prune Hibiscus