The Velvet Hydrangea does not form huge flower balls like the Bigleaf Hydrangea, but its two-colored inflorescences and the large, dull green leaves are quite decorative.

The Velvet Hydrangea (Hydrangea aspera ssp. Sargentiana) is a wild species that was found only in the western Chinese province of Hubei. It grows there in light, damp deciduous forests on humus-rich soils. In addition to the wild species, there is also the garden variety ‘Macrophylla’ with larger leaves and flowers.

In our latitudes, the Velvet Hydrangea usually grows up to 8.2 feet high and wide. In suitable locations, it can also reach heights of up to 11.48 feet. It forms thick and upright, sparsely branched shoots. If the velvet Hydrangea has space to grow unhindered, it forms a beautiful, umbrella-like crown and slowly spreads through runners. The older branches are light brown and have a felt-like, peeling bark. The annual shoots are green and densely covered with fine, up to five millimeters long hairs.

The long-stalked leaves of the Velvet Hydrangea are arranged opposite one another, dark green in color and oblong to broadly ovate in shape. Their length varies between 3.93 and 9.84 inches and the upper sides of the leaves as well as the undersides and the leaf stalks are more or less hairy—this is why the species also bears the German name Raue Hydrangea. During fall, the leaves shed when they are still green in, so you don’t get to see them in fall colors.

The flowers of the Velvet Hydrangea are flat and 5.90 to 7.87 inches wide panicles and open in July and remain in bloom till August. The fertile inner flowers are light purple in color and get bluer and bluer as they fade. The sterile outer flowers have light pink to white petals and are showy flowers. They resemble a four-leaf clover in shape.

The seeds of the Velvet Hydrangea sit in brownish schizocarps (split fruits). They are inconspicuous and have no ornamental value.

The Velvet Hydrangeas prefer semi-shaded, covered and humid locations. When planted in a sunny location with dry soil, the leaves get scorched faster. The soil should be fresh, damp and nutrient-rich. Similar to other Hydrangeas the Velvet Hydrangeas are also sensitive to lime and prefer acidic soils.

Velvet Hydrangeas are an eye-catcher during the flowering period.

It is best to plant the Velvet Hydrangea during spring. Protect freshly planted specimens from frost damage in the first winter with fir branches or a thick pile of leaves. This will ensure that it grows well and survives without frost protection measures. Individual shoots freeze back in winter, but the plants thrive again well in spring.

After planting, sprinkle horn shavings around the root and then add a thick layer of leaf mold to protect it from strong temperature fluctuations and from drying out. Drought is the Velvet Hydrangea's greatest enemy - in dry summers, therefore, water early before the Hydrangeas let their leaves hang. You don’t need to fertilize it regularly after initially fertilizing it with horn shavings. Doing so might prove to be counterproductive, as the shoots might not lignify in time in fall. If the runners become bothersome over the years, you can simply cut them off. You can also use a large root barrier (at least 4.92 feet in diameter) around your Velvet Hydrangea to prevent it from spreading uncontrollably. Typically, the runners are not as many as to become a nuisance.

Velvet Hydrangeas are easy to prune and can even be cut back to the stem so as to rebuild the crowns. This is usually not necessary if you space them well while planting. Moreover, aggressive pruning will lead to no flowering in summers. If required, cut out only the frozen shoots of your Velvet Hydrangea in spring.

Where to plant in the garden

Velvet Hydrangeas are meant for people who are looking for something special. Although they are not as spectacular as the Bigleaf Hydrangeas, the purplish white, umbrella-shaped inflorescences as well as the large leaves make their presence felt in the garden. You can underplant the shrubs with shade-loving foamflowers (Tiarella) that form a groundcover which is not too competitive. Even the Heuchera and Heucherella variety are accentuated under the corolla of the Velvet Hydrangeas. If you have enough space in the garden, it is best to plant Velvet Hydrangeas as a small group of two or three under a larger tree. The elegant flowering shrubs can also be combined very well with Rhododendrons.

The Velvet Hydrangea can be easily propagated by cuttings and hardwood cuttings. It is best to plant hardwood cuttings in the hobby garden in late fall, since the leafy cuttings with their large leaves take up a lot of space in the seed tray. The Velvet Hydrangea can also be easily propagated using runners cut off from the parent plant in autumn or spring and replanted elsewhere.

The Velvet Hydrangea has a robust growth if planted in locations with optimum conditions. Occasionally the plant can get infested with powdery mildew and the most common animal pests include blackjack weevil and scallop weevil. 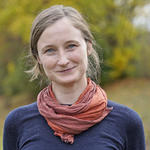