Orchids of the Vanda genus ask a lot of their owners. But their unique, large blooms are worth the effort. Our care tips.

The Vanda Orchid is named after a Philippine fairy tale. According to this, the flowers of these Orchids were created from the tears of a god-like queen, who was mourning the death of her fallen husband. The genus comprises around 50 species, most of which are pure epiphytes and live on trees. Their natural habitat extends from India, China and Indonesia to New Guinea and even the Philippines. Despite their demanding nature, beautiful Vanda Orchids with their large flowers and unmistakable colors – there are even blue specimens – are often kept as houseplants in this country.

Depending on the species, Vanda Orchids can become extraordinarily impressive plants. Vanda Coerulea (large photo above) can even reach a height of 10 to 47 inches. On average, however, they grow to a height of 20 to 31 inches. The monopodial plants form long, strong aerial roots which absorb nutrients and moisture.

The leaves of Vanda Orchids are leathery and grow very dense. Most species are strap-leaved, only a few have a cylindrical shape. They have a lush green color.

The inflorescences grow almost upright out of the leaf axils at the top of the plant. The very large flowers often give off a captivating fragrance and have bright, intense colors. Vanda Orchids are predominantly unicolored, but some species are multicolored. For example, Vanda Tricolor – as the name suggests – has flowers with three colors. The five-petaled flower is roughly similar for all species. With good care, two to three flowering phases are possible between spring and fall, each lasting two months.

Fantastic blossom of the Vanda Orchid: Here in yellow with red speckles

When it comes to their location, Vanda Orchids are not entirely easy. You should ideally find them a location with a nice temperature and relatively high air humidity. Vanda Orchids need to be in a very bright spot, but cannot tolerate the blazing midday sun. North facing windows are out of the question. They do particularly well in greenhouses or conservatories, where they sometimes bloom all year round.

There are, however, different species, some of which are suited to more normal indoor cultivation. We recommend Vanda Rothschildiana for cold areas and Vanda Coerulea for moderately warm areas. Vanda Sanderiana and Vanda Tricolor are very comfortable in a warm home. Ask for advice at a specialist shop! In winter, the room temperature should generally not drop below 57 degrees Fahrenheit.

Incidentally: in summer, you can put your Vanda Orchid in light shade in the garden. Even though the air temperature outside is generally higher, something which the plant greatly appreciates, it still needs the same level of maintenance. You need to keep a close eye on the temperature and light.

Vanda Orchids are almost exclusively pure epiphytes that grow wild on trees. This means that if you’re growing Orchids indoors, you can do without substrate and simply mount them on wood or keep them in glass containers (good for small species). With their freely hanging roots, hanging the flowering beauties in a basket or wood slat box is recommended. Polystyrene is good for Orchids kept in plastic hanging pots.

Almost all Vanda Orchids grow naturally on trees as epiphytes

The demanding Vanda Orchids can be watered in two ways. Spray the upper parts of the Orchid, otherwise the plants dry out very quickly. However, avoid waterlogging in the leaf axils, this can cause rotting or the leaves to fall off. A light misting every few days is sufficient in fall and winter.

In contrast, the roots should be watered thoroughly or immersed in water twice a week. Always use room temperature water. You can leave Vanda Orchids immersed in water for around 30 minutes. Then leave the plant to drain off, before putting it back in its container. You should wait until the roots are completely dry before watering it again.

As Vanda Orchids can get by without drawing nutrients from a substrate, they need to be fertilized regularly in summer. You should only use Orchid fertilizer; this can be added to water when watering or immersing the plant.

When the Orchids are kept in wood slat or wood baskets, you only need to repot the plant once it has become too big. Carefully remove the Vanda Orchid from its old home and put it into its new one, which can be a couple of sizes bigger. If you damage the roots while doing this or find any rotten parts, remove them using a sharp knife that has been disinfected. If you are using polystyrene in the plastic pot, this should be replaced every few months. A larger pot is needed every two years.

Vanda Coerulea is an example of a particularly beautiful Vanda species. The color of the flowers ranges from light blue and violet to a deep violet blue.

Vanda Cristata is also known as Trudelia Cristata. The leathery, strap-leaves grow to a length of 5.9 inches. Their waxy, yellow-green flowers have red-brown stripes on the upper surface and appear between January and April. They have an extremely pleasant smell.

The flowers of Vanda Denisoniana are also very fragrant. They are a vivid white to green-white and have an orange-yellow spot on the base of the lip.

Vanda Pumila is a fairly small-sized species, which only reaches a height of around 5.9 inches. The flowers are white-green with brownish dots and spots. They bloom in summer.

Vanda Orchids play an important role in more than 75 hybrids. These very vigorous hybrids grow to a height of at least 59 inches and are generally easier to maintain than the full species.

Once they reach a certain size, Vanda Orchids develop lateral shoots on their axis. These root on their own after a while and can then be easily removed. In the larger specimens, head parts of the plants also root, which can also be separated

Vanda Orchids are not particularly susceptible to disease. They sometimes become infested with pests such as scale or mealybugs. Mistakes during cultivation are a much more common reason for these very challenging plants suffering a premature end. Too much intense sunlight leads to sunburn, they are also very sensitive to low room temperatures and incorrect watering. Always keep an eye on the roots and leaf axils so that any rotting is detected immediately and can be counteracted in good time. A telltale sign in winter: If blotches appear on the leaves of the plant, there is too much moisture for the ambient temperature. This can potentially lead to a fungal infection. 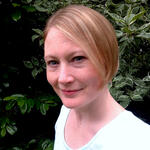